This month, we’ve been reporting on different spyware products available to hackers on the commercial market. These products are cheap, effective and most of the time, go completely unnoticed by the victim. Hackers use spyware to retrieve a wide range of different data types from a victim’s device. This could include sensitive information such as passwords, text messages, emails, etc. On top of that, using certain spyware, hackers could also gain the ability to copy data such as live video and photos from the phone’s camera or record phone calls, video calls and VOIP calls.

Check your iPhone for WebWatcher

This is why we created Certo AntiSpy, because we want to ensure that you have the ability to keep you and your family safe from those who are looking to hack your devices.

In this article, we’re going to be looking at one of the most popular iPhone monitoring tools on the market. Not only does it allow a third party to steal data, but it’s worth noting the unique way in which it can be used to compromise a device’s security and the user’s privacy.

What is WebWatcher for iPhone?

WebWatcher is one of the leading providers of iPhone monitoring tools. Their product, despite being marketed as a parental monitoring app, is often misused as spyware that allows someone to silently monitor and collect data from an iOS device.

The interesting thing about WebWatcher is the way an attacker uses it to access data from an iPhone.

Normally, a spyware product would require a hacker to jailbreak a device and install the spy app – a process that requires a certain level of technical ability and knowledge. This can also leave traces of foul play on the device that can be detected by software such as Certo AntiSpy. There is also the possibility that installing spyware on a jailbroken device will cause it to act strangely and affect regular performance.

With WebWatcher, nothing is installed on the phone. It instead uses a feature called “iTunes WiFi Sync”, which is an in-built iOS feature used to backup an iPhone to a user’s computer on the same network – as opposed to using a USB connection.

This feature is instead used by WebWatcher as a way to retrieve the data from the phone onto a computer on the same network. This could either be the attacker’s computer or the victim’s own computer. In addition to this, the hacker can also setup a feature that will cause the iPhone to automatically backup all of its data to the computer every time the phone is synced via the network (usually this is overnight, when connected to WiFi).

Here’s a rough idea of how it might look when a hacker uses WebWatcher to spy on a victim:

How to detect and prevent WebWatcher hacking an iPhone

Because WebWatcher uses a legitimate iPhone feature and no malicious software is physically installed onto the device, this can make it especially hard to detect – particularly if you are not aware that this type of hack might have been implemented.

One way to detect if WebWatcher might have been used for your phone is to see if the “iTunes WiFi Sync” feature is activated on your phone. Here’s how to do this:

On your device, go to Settings > General. If the “iTunes WiFi Sync” option is visible (check the images below) then your device is set up to automatically sync with a computer. 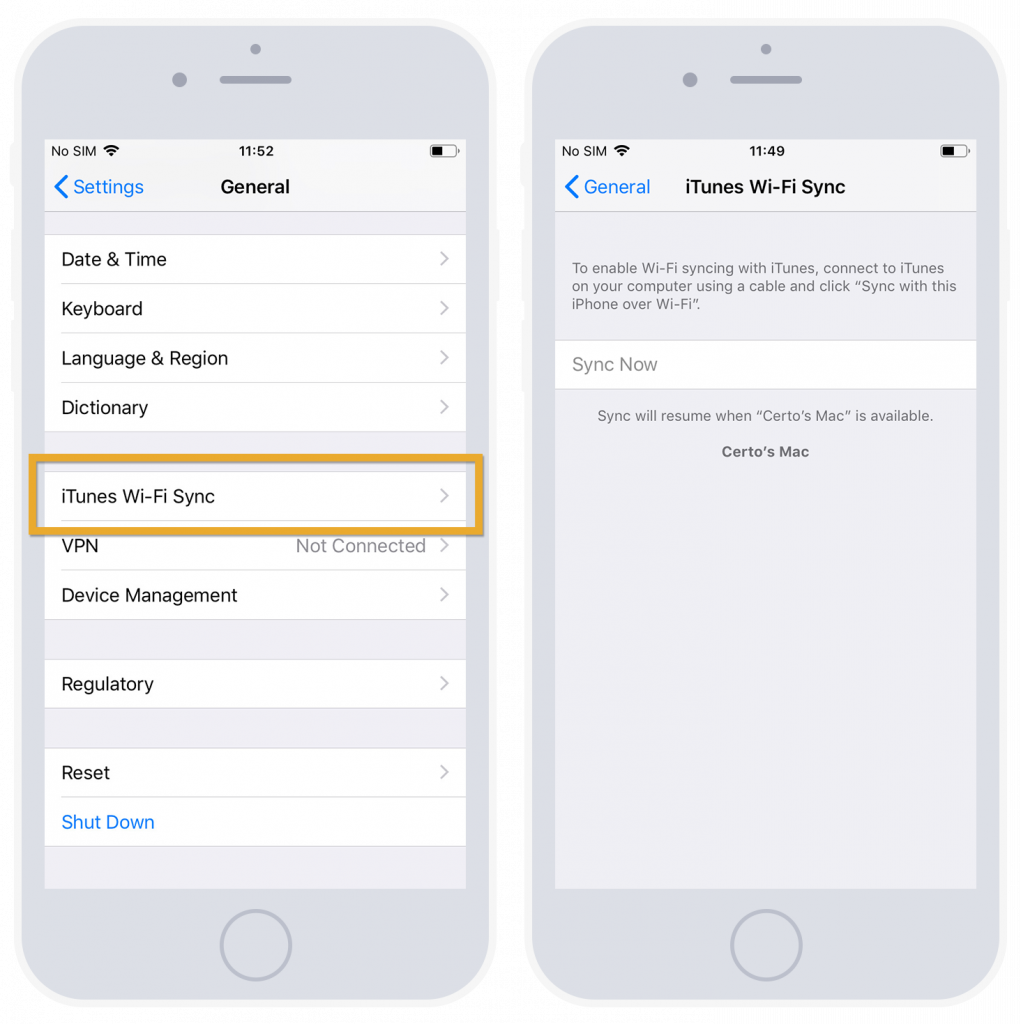 IMPORTANT NOTE: This method only applies to iOS 12 devices or older. Apple removed this option from the Settings app in iOS 13, meaning the “iTunes WiFi Sync” option will not show even if the feature is set up. To know for sure, keep reading…

Certo AntiSpy can scan your iPhone for spyware and other security vulnerabilities that could put your personal data at risk. As part of this scan, Certo AntiSpy will check if the “iTunes WiFi Sync” feature is activated on your device and alert you if so. This method works for any iOS version. 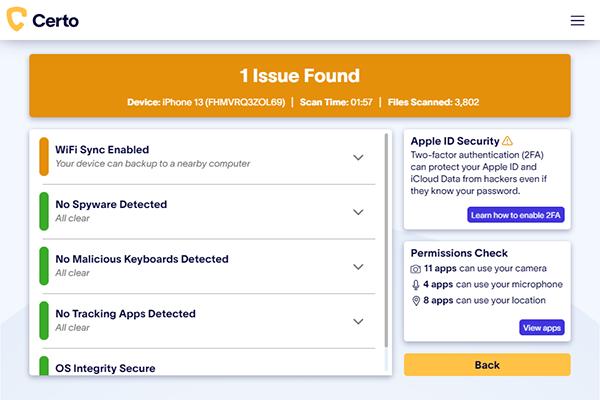 If WiFi Sync IS Enabled, Here’s What To Do:

Concerned someone may have installed a hidden spy app directly on your device?

Run a deep scan with the award-winning Certo AntiSpy to uncover spyware and other cyber threats on iPhone.

How to remove spyware from an iPhone or iPad

So you’ve used Certo AntiSpy to scan your Apple mobile device for spyware and you’re unlucky enough to find your device is bugged. What...

How to fix a compromised password on your iPhone

Millions of people make themselves vulnerable every day by relying on insecure or re-used passwords. We are all prompted to create strong...