Yesterday a Reddit user created a post speculating that Samsung, the biggest manufacturer of smartphones in the world, has been shipping their Android phones and tablets with pre-installed Chinese spyware.

The user, ‘u/kchaxcer’, stated in their post “The storage scanner in the Device Care section is made by a super shady Chinese data-mining/antivirus company called Qihoo 360. It comes pre-installed on your Samsung phone or tablet, communicates with Chinese servers, and you CANNOT REMOVE it”.

The user then goes on to explain a little further, about why it’s a worrying fact that Samsung has used 360 software in their operating system, without notifying users.

Download our FREE Android app Certo Mobile Security from the Play Store and check your device for spyware in a matter of minutes.

Qihoo 360 are (reportedly) the biggest cybersecurity firm in China. But, perhaps most bizarrely, they’re also alleged to have been involved with some shady activity over the years.

On their Wikipedia page, 360 were described by Forbes as a “confrontational and litigious company due to its involvement in various anti-competition lawsuits”.

Another incident of particular note is a hidden backdoor that was detected way back in 2012 on the company’s ‘360 Secure Browser’ and released by a whistleblower to media outlets. To make matters worse, the Product Director from 360 retaliated by accusing the whistleblower of attempting a smear campaign against the company, which made international headlines.

Our poster on Reddit also states that the anti-virus software developed by 360 is also notorious for using dirty tactics, such as searching for and removing competitor products. The user states that the software is the subject of ridicule in many Asian countries.

Suffice to say that Qihoo 360 probably isn’t the type of company you’d want sifting through the files you have stored on your Samsung smartphone or tablet. 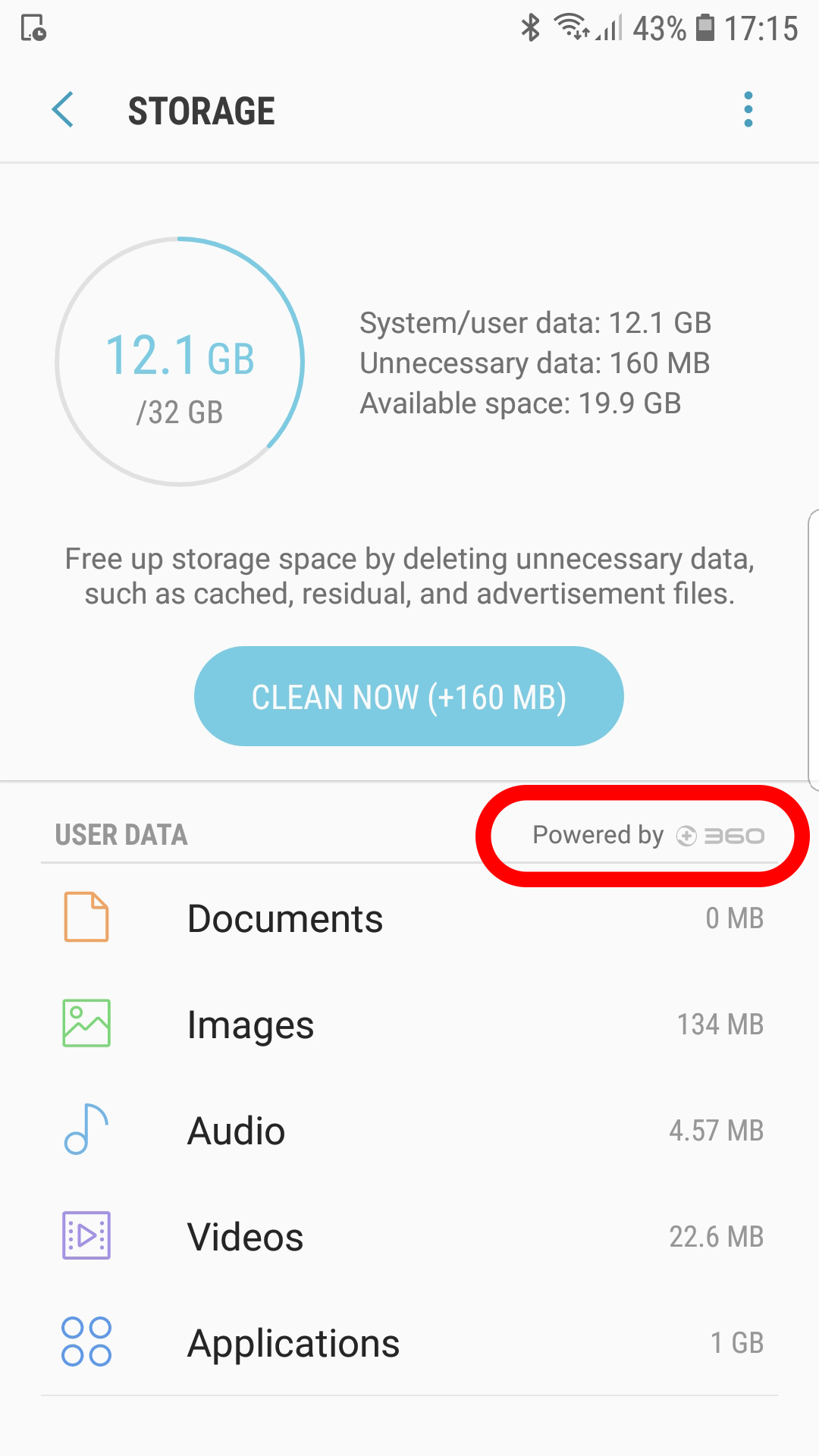 Have Samsung responded to the claims?

So, what does  Samsung have to say about this? Well, they have replied, and pretty fast too. You can see their response here, but the general message from Samsung is that they are merely using the 360 database to sort through and confirm the status of unnecessary files to be deleted from devices.

In their feedback, Samsung Korea states that their devices “ not use any function of 360 Security app” (translated to English from Korean).

So it seems, for now at least, that we don’t have to worry too much about Samsung giving away all of our important data to a Chinese third party. Maybe we will see more of a development in the upcoming weeks as the investigation continues.

If you’d like to learn more about keeping your Android device safe, be sure to check out our Certo Mobile Security App.

Is Your Cell Phone Under Surveillance?

In today’s surveillance state, it can feel like your every move is being watched. Although your mind may be conjuring up images of CCTV...

Certo AntiSpy vs iVerify- what is the best tool to detect spyware on iPhones?

Mobile spyware is a growing problem and even iPhones, typically seen as one of the most secure devices on the market, are not immune to...

Is Jailbreaking still possible in 2022?

If you use an iPhone you’ve probably noticed that the experience is quite ‘locked-down’. You can’t install apps that aren’t on the...